Can You DIY? The Hardest Stains to Remove from Carpets and Furniture 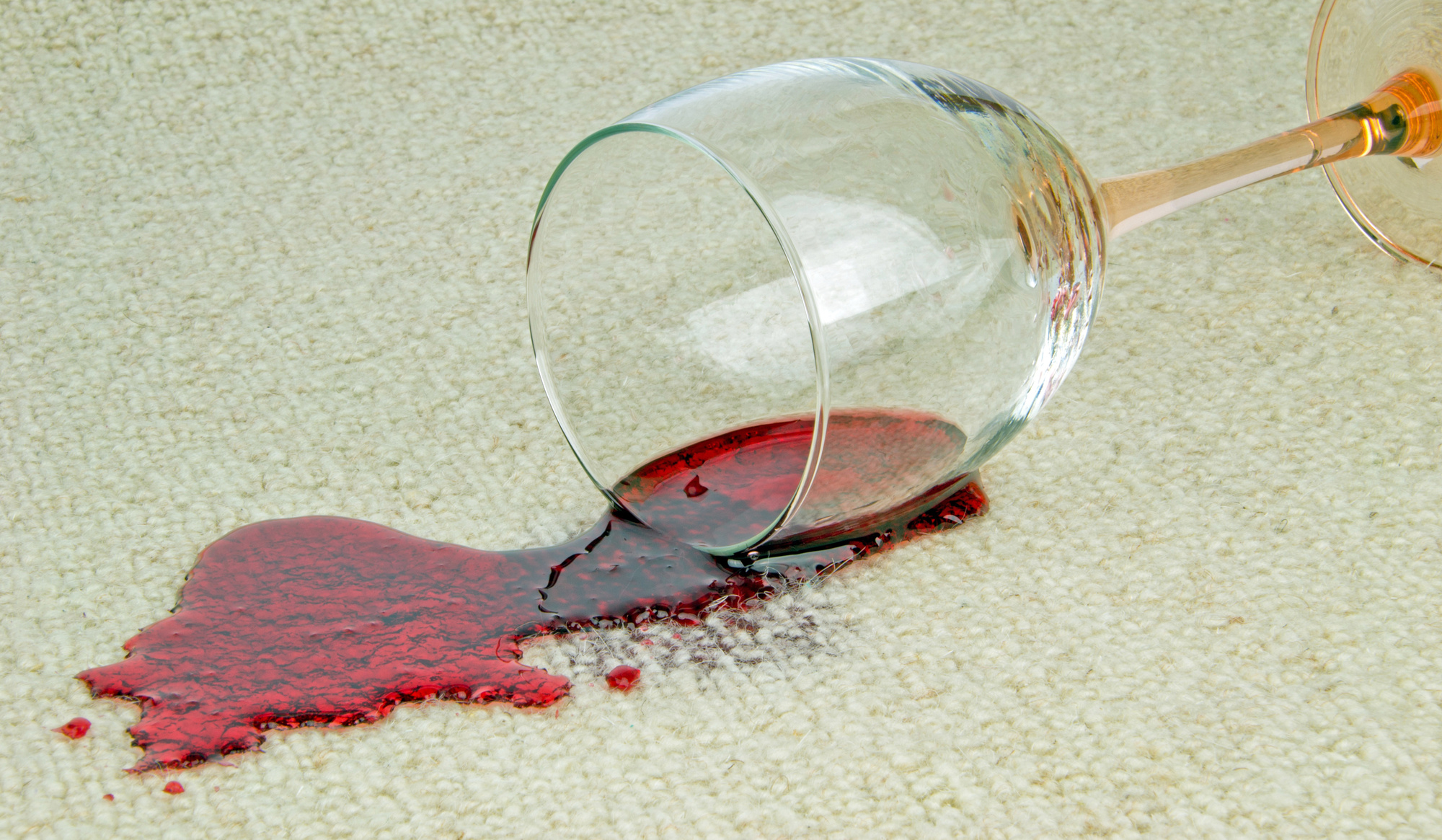 When your carpet takes a hit, it can be hard to get it back to pristine condition.

Some stains are a lot worse than others, however.

Knowing when to call a professional is a great bit of knowledge that every homeowner should have.

But which are the hardest stains to remove? Read on and we’ll discuss the ins-and-outs of handling tough stains on your carpet.

Red wine is infamously hard to remove from carpets.

That’s owing to the tannin-rich nature of the beverage. Tannins seep in and can be hard to get out, and red wine has them in spades.

It’s also a common stain since people tend to get a bit tipsy after a couple of glasses.

Small splotches can be handled at home if you act immediately. The best way to remove them is to use 3% hydrogen peroxide but you need to act while it’s still wet.

If you spill a full glass you may be in trouble, particularly if you decided it was a problem that could wait until morning. In that case, you may be looking at permanent damage unless you’re willing to bring in a professional cleaning service.

In any case, you want to act as quickly as possible.

Coffee is another tannin-rich liquid that frequently finds itself on carpets. Combine early morning grogginess with a dark, oily liquid and your carpet may suffer before you’re able to wake up.

It’s not as bad as red wine, but you still want to act quickly if your carpet finds itself the victim of a spill.

The best approach is to attack it with a homemade cleaning solution as soon as possible. Vinegar and dish detergent combined in small quantities can often tackle the stain if you get there before it sets.

Still, it’s not something which most people want to deal with and once it’s set in heavily you may end up needing a professional to remove the oils and tannins which make for a great cup of morning coffee.

It happens once in a while. You get a cut or someone has a bloody nose and the carpet ends up with a nice crimson stain to remind you of your carelessness.

Bloodstains consist of proteins and dried hemoglobin, both of which are notoriously hard to dissolve with the average household’s chemicals. On top of that, if there’s blood present you’re probably not going to act as quickly as possible since the source needs to be dealt with first.

You’ll want to treat it as soon as you can, just like any other tough stain.

Hot water will cause the proteins to congeal, so you want to attack fresh blood with colder water. If the stain has already set while you’ve been taking care of the issue then you may want to use hot water.

Think of bloodstains somewhat like red wine on steroids: it sets quickly, has a lot of hard to remove components, and leaves a dark and lasting stain.

Often a professional is required to remove all traces of a serious bloodstain. After all, the more serious things were in the first place, the more likely it is that you’ll need to take care of the injured person instead of your carpet.

Accidents From Pets and Children

Bodily fluids and excrement are some of the hardest stains to remove. And they definitely happen, especially in homes with pets and children.

Vomit, stool, and drool. They all leave serious stains and you’ll want to take care of them as quickly as possible.

Remove the solid portions of the waste as soon as possible, then use a standard carpet cleaner to take care of as much as you can.

Afterward, you’ll need to use baking soda to see how much you can minimize the smell. Unfortunately, it’s the latter part which often causes the most problems and if it’s a frequent occurrence then you’re going to have a serious smell in addition to the stains.

Deep cleaning is really the only way to handle the smell. Fortunately, it’s easy to find a professional who specializes in removing smells from carpet. Just give them a call if you weren’t able to neutralize things and you’re on the right path.

While not as common as the past, ink still has a way of getting spilled once in a while. Whether it’s a busted pen or a knocked over calligraphy inkwell it’s a stain that often becomes permanent.

Often the only way to DIY an ink stain is to use some sort of solvent. Ammonia is commonly used but people have tried just about everything. Since the entire purpose of ink is to permanently change the color of whatever it’s on… well, you’re probably not going to be able to get it all up.

You can try to treat it immediately, but if your carpet got unwittingly used as a blotter then it’s most likely time to bring in the big guns.

We Handle the Hardest Stains to Remove

When it comes down to it, there are easy stains, hard ones, and then the above which are some of the hardest stains to remove. Even fast action and DIY skills often aren’t enough to keep your carpet looking good in the wake of a serious event.

You don’t have to live with stained carpet until you get it replaced, however.

If you’re ready to get those tough stains out of your carpet then you’re in the right place. Contact us today and we’ll see what we can do for you.

How to Remove Red Wine From Carpet

Can You DIY? The Hardest Stains to Remove from Carpets and Furniture